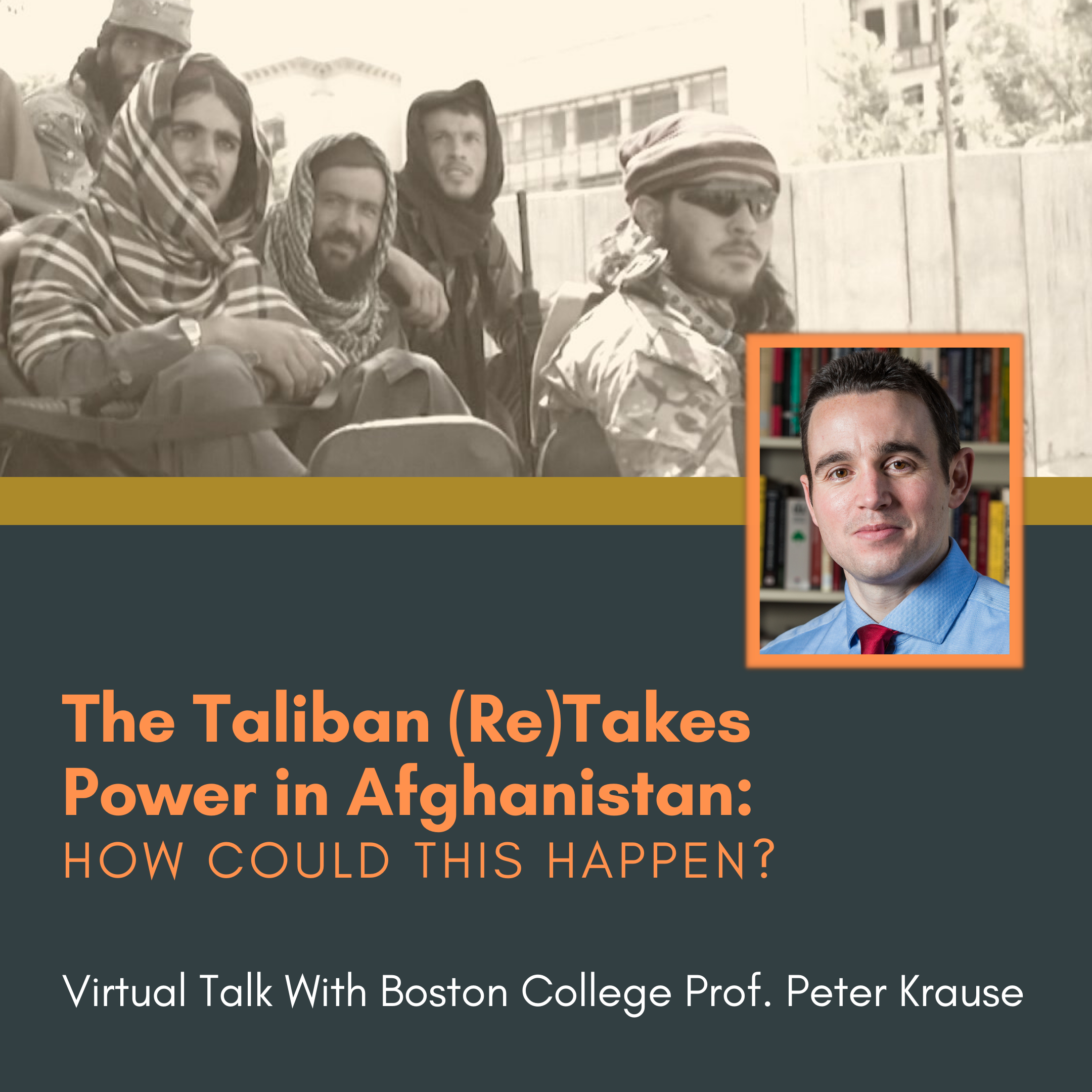 The Taliban (Re)Takes Power in Afghanistan: How Could This Happen?

Summary: How could an extreme militant group like the Taliban, which was defeated so swiftly in the aftermath of 9/11, rise again to retake control of Afghanistan? In this talk, Professor Peter Krause will discuss the modern political history of Afghanistan, from the rise of the Taliban and Al-Qaeda in the 1990s through the recent end of America’s longest war. He will provide an engaging analysis of U.S. foreign policy decision-making and shifting alliances in a country whose people have experienced over four decades of near continuous conflict.

Bio: Peter Krause is an Associate Professor of political science at Boston College and a Research Affiliate with the MIT Security Studies Program. He is the author of Rebel Power: Why National Movements Compete, Fight, and Win (Cornell University Press, 2017), co-editor with Kelly Greenhill of Coercion: The Power to Hurt in International Politics (Oxford University Press, 2018), and co-editor with Ora Szekely of Stories from the Field: A Guide to Navigating Fieldwork in Political Science (Columbia University Press, 2020). His research focuses on Middle East politics, terrorism and political violence, rebels and revolution, and national movements. He is a former Fellow at the Harvard Kennedy School, Crown Center for Middle East Studies at Brandeis University, and Uppsala University. Personal website: www.peterjpkrause.com