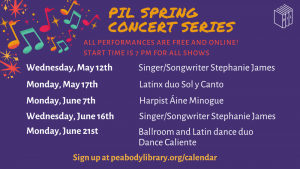 Peabody native and recording artist Stephanie James brings an evocative, fresh experience to the world of pop music. With a voice often described as “stunning” and “soulful”, Stephanie is a gifted storyteller who masterfully touches the hearts and souls of her fans. Both raw and refined musically, the songs solidify Stephanie’s status as a poised and powerful performer often likened to a revival of legendary Linda Ronstadt combined with modern day super talents Sara Bareilles and Kacey Musgraves. James released her debut album “Unbreakable” in collaboration with Grammy-nominated producers Jorel Corpus and Simone Torres. The album explores vulnerability, self-reliance, themes of growing up, and learning from the past. Stephanie is bi-coastal, spending much of her time in Los Angeles where she lives today, and the greater Boston area where she grew up.