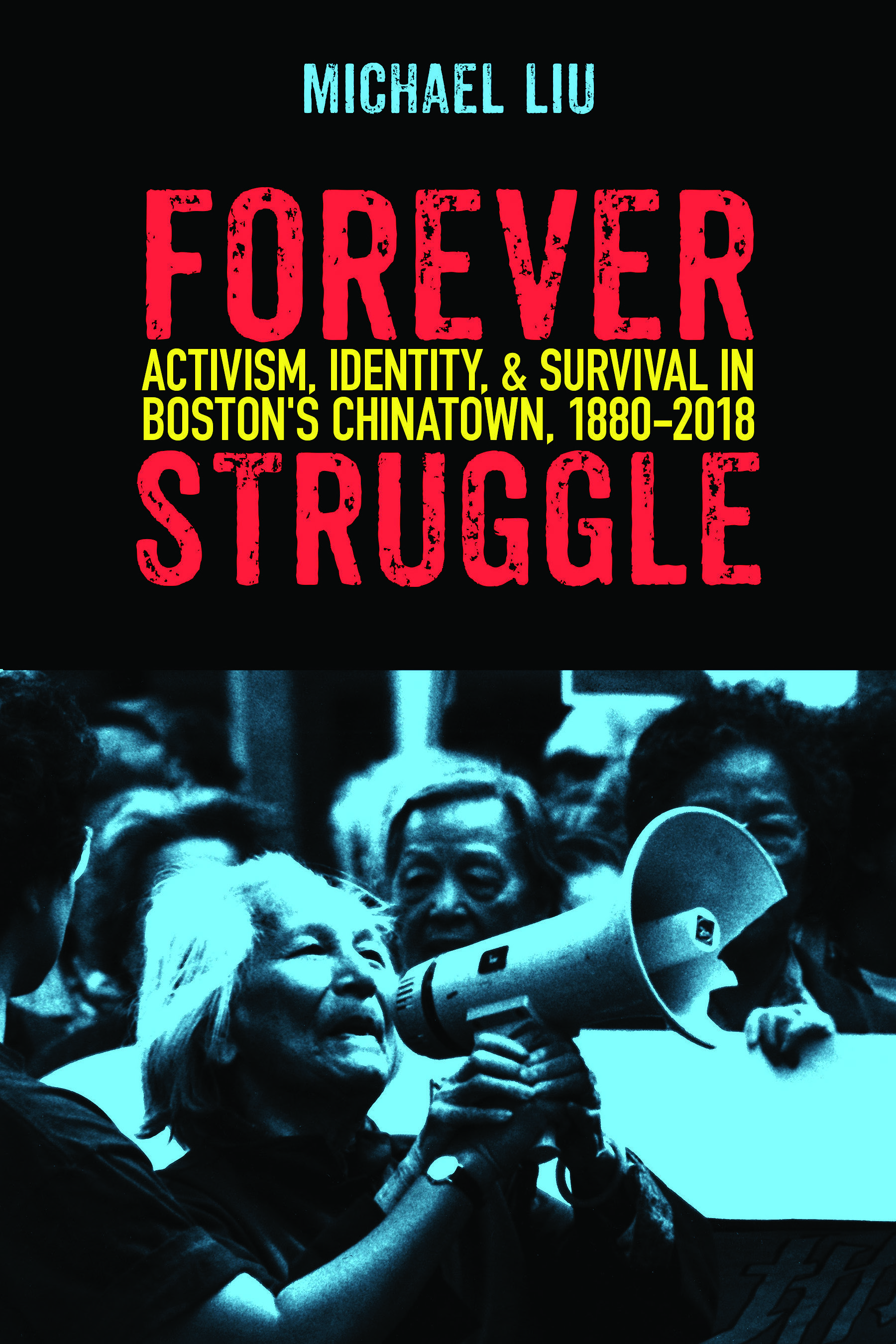 Join us for an online author talk with Michael Liu about Forever Struggle: Activism, Identity, and Survival in Boston’s Chinatown, 1880-2018. This program, which will be moderated by Boston Public Library President David Leonard, is part of the BPL’s Repairing America Series.

Chinatown has a long history in Boston. Though little documented, it represents the city’s most sustained neighborhood effort to survive during eras of hostility and urban transformation. It has been wounded and transformed, slowly ceding ground; at the same time, its residents and organizations have gained a more prominent voice over their community’s fate.

In writing about Boston Chinatown’s long history, Michael Liu, a lifelong activist and scholar of the community, charts its journey and efforts for survival—from its emergence during a time of immigration and deep xenophobia to the highway construction and urban renewal projects that threatened the neighborhood after World War II to its more recent efforts to keep commercial developers at bay. At the ground level, Liu depicts its people, organizations, internal battles, and varied and complex strategies against land-taking by outside institutions and public authorities. The documented courage, resilience, and ingenuity of this low-income immigrant neighborhood of color have earned it a place amongst our urban narratives. Chinatown has much to teach us about neighborhood agency, the power of organizing, and the prospects of such neighborhoods in rapidly growing and changing cities.