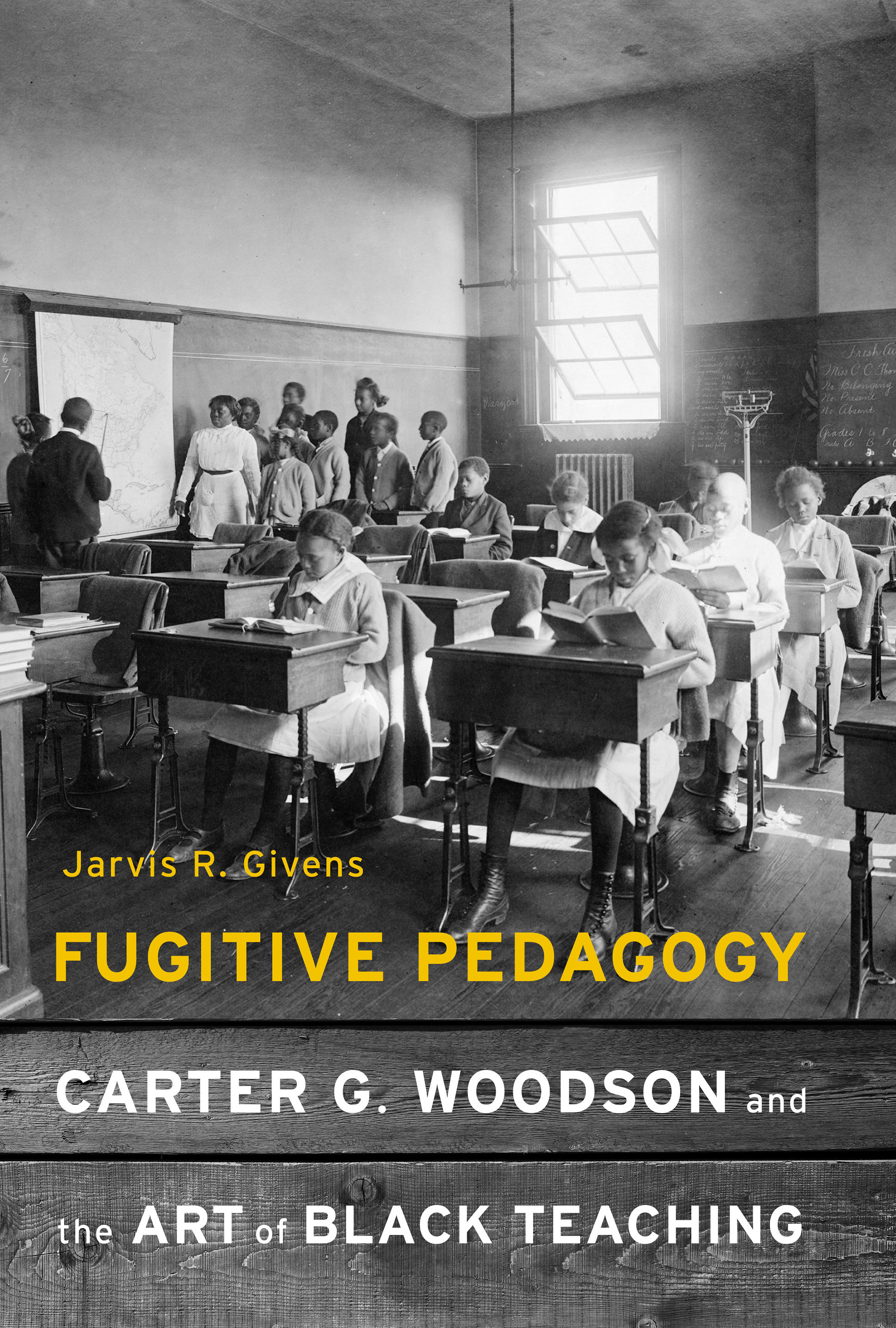 Join us, the State Library of Massachusetts, the Museum of African American History, and the Black Educators’ Alliance of Massachusetts (BEAM) for an online discussion with Dr. Jarvis R. Givens, author of Fugitive Pedagogy: Carter G. Woodson and the Art of Black Teaching, and BEAM President Dr. Kim Parker. This conversation is part of the Boston Public Library’s Repairing America Series.

A fresh portrayal of one of the architects of the African American intellectual tradition, whose faith in the subversive power of education will inspire teachers and learners today.

Black education was a subversive act from its inception. African Americans pursued education through clandestine means, often in defiance of law and custom, even under threat of violence. They developed what Jarvis Givens calls a tradition of “fugitive pedagogy”―a theory and practice of Black education in America. The enslaved learned to read in spite of widespread prohibitions; newly emancipated people braved the dangers of integrating all-White schools and the hardships of building Black schools. Teachers developed covert instructional strategies, creative responses to the persistence of White opposition. From slavery through the Jim Crow era, Black people passed down this educational heritage.

There is perhaps no better exemplar of this heritage than Carter G. Woodson―groundbreaking historian, founder of Black History Month, and legendary educator under Jim Crow. Givens shows that Woodson succeeded because of the world of Black teachers to which he belonged: Woodson’s first teachers were his formerly enslaved uncles; he himself taught for nearly thirty years; and he spent his life partnering with educators to transform the lives of Black students. Fugitive Pedagogy chronicles Woodson’s efforts to fight against the “mis-education of the Negro” by helping teachers and students to see themselves and their mission as set apart from an anti-Black world. Teachers, students, families, and communities worked together, using Woodson’s materials and methods as they fought for power in schools and continued the work of fugitive pedagogy. Forged in slavery, embodied by Woodson, this tradition of escape remains essential for teachers and students today.

“Fugitive Pedagogy is a brilliant, inspiring, and energizing book that reclaims the narratives of critique and hope that fueled the deep grammar of pedagogical struggle that unfolded in both the experiences and narratives of Black educators in the beginning of the twentieth century and beyond. Written in a discourse that is critical, poetic, and inspiring, Givens not only unearths a hidden history of educational struggle, he also offers educators a resource for rethinking the meaning and purpose of education and pedagogical struggle as tools of enlightenment, struggle, and racial justice.”―Henry A. Giroux, author of Race, Politics, and Pandemic Pedagogy: Education in a Time of Crisis